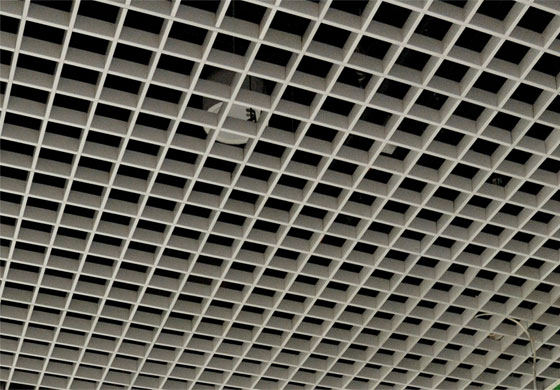 Kyiv Ceiling Plant that is a part of the AMTT group of companies manufactures suspended GRILIATO ceilings and provides installation services in all cities of Ukraine. Suspended grated GRILIATO ceiling can be made of galvanized or aluminum material. GRILIATO ceilings are an excellent solution for shopping malls, offices, restaurants, hotels, airports, railway stations – due to their functionality, expressive design, extensive color range, high coating resistance, aesthetics and durability.

Essentially, it is a grated (cellular) metal structure, which consists of a frame profile and ceiling cassettes. Griliato is attached with wire hangers of various lengths to the existing ceiling slab.

Griliato metal components are a U-shaped profile made of aluminum or galvanized tape. The color range of griliato is rather broad. And it includes 7 standard colors of the stock program (white, gray, graphite, black, wood, gold, mirror) and additionally the ceiling can be painted in any color number according to the RAL scale. The assembly of a suspended metal ceiling begins with the installation of frame guides and corner wall L-shaped elements. Griliato cassettes are inserted into the formed gaps (windows) measuring 60×60 cm. As a result, a picture of an integral ceiling canvas is created, which creates the effect of transparency, airiness, volume and, at the same time, the lightness of the ceiling structure. It is important that the metal suspended griliato ceiling does not restrict access to communications, allows the use of built-in and overhead lamps and fire extinguishing systems.

Griliato can be used not only indoors, but also outdoors – for sheathing canopies, awnings at the entrance to the building, finishing the ceilings of open verandas, summer houses and other structures.

The most common uses for griliato are:

At the request of designers and architects, the Kyiv Ceiling Plant additionally launched the production of “wooden” griliato. The inimitable wood texture and warm colors of wood help to create an exclusive design, a cozy atmosphere of an elite restaurant, salon, pool, cafe, bank. Also, there are great opportunities to use “wood grain” griliato at home for a unique interior design. Thanks to the variety of colors, profile heights and cell sizes of this versatile ceiling, you can get the accent you need in the design of the ceiling.

“Wood grain” griliato is a relatively young type of suspended ceilings, which is becoming more and more popular. The Kyiv Ceiling Plant, a member of the AMTT group of companies, produces “wooden” griliato in light and dark colors. We can ADDITIONALLY select the color of the wood structure of the griliato ceiling at the request of our Customers.

The presence at the plant of its own powder coating workshop allows us to offer customers ceilings in any color according to the RAL scale. 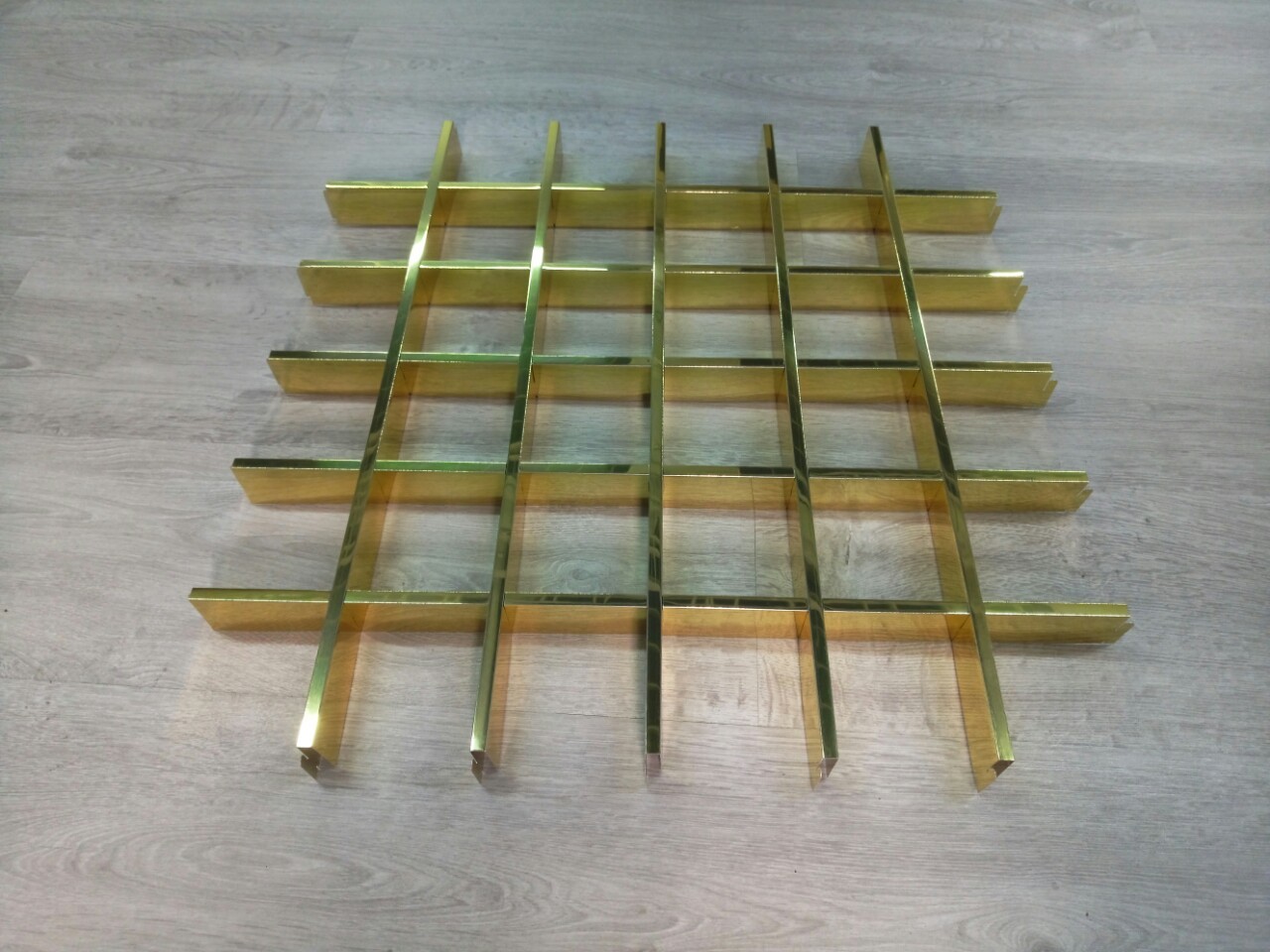 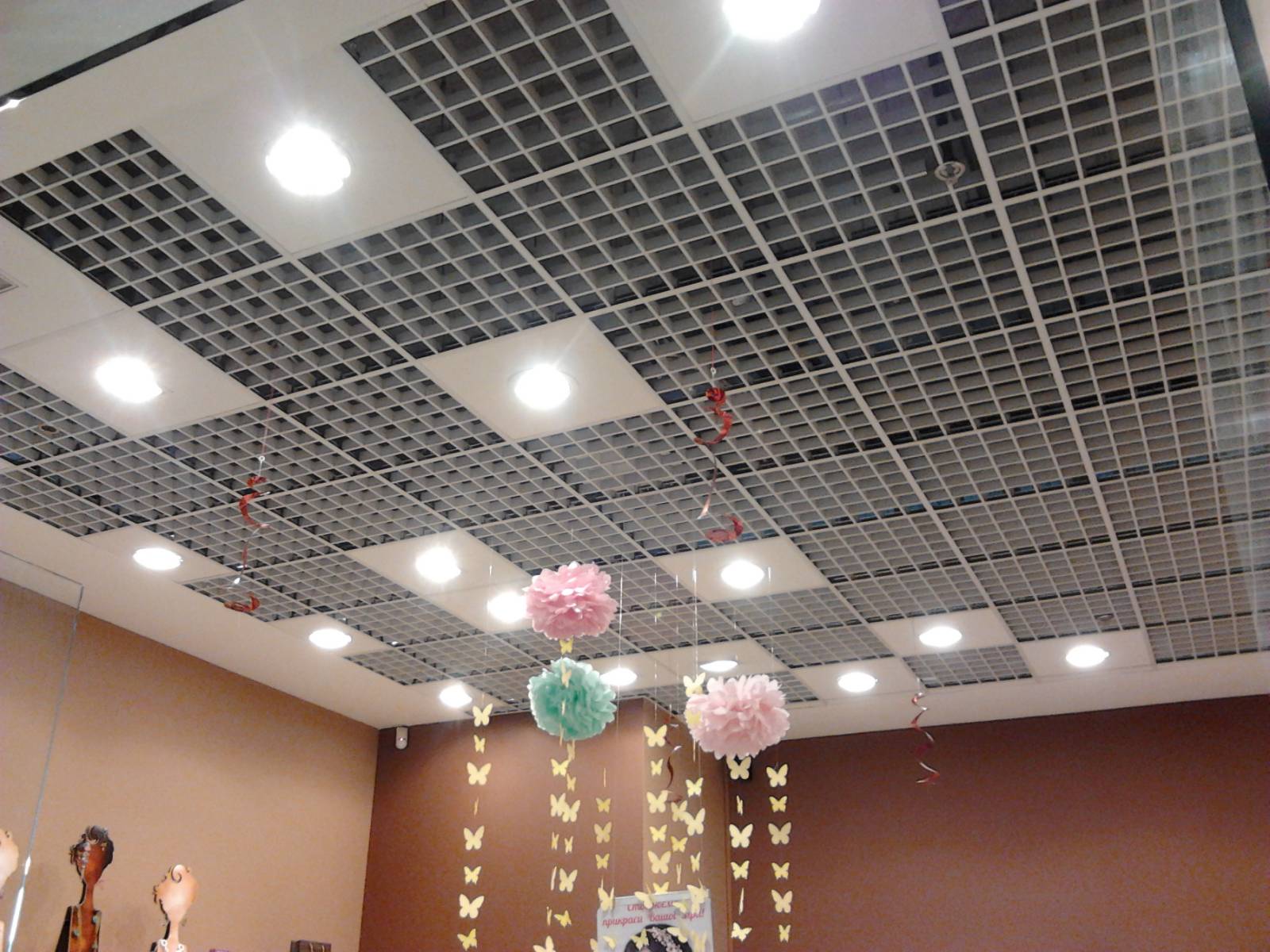 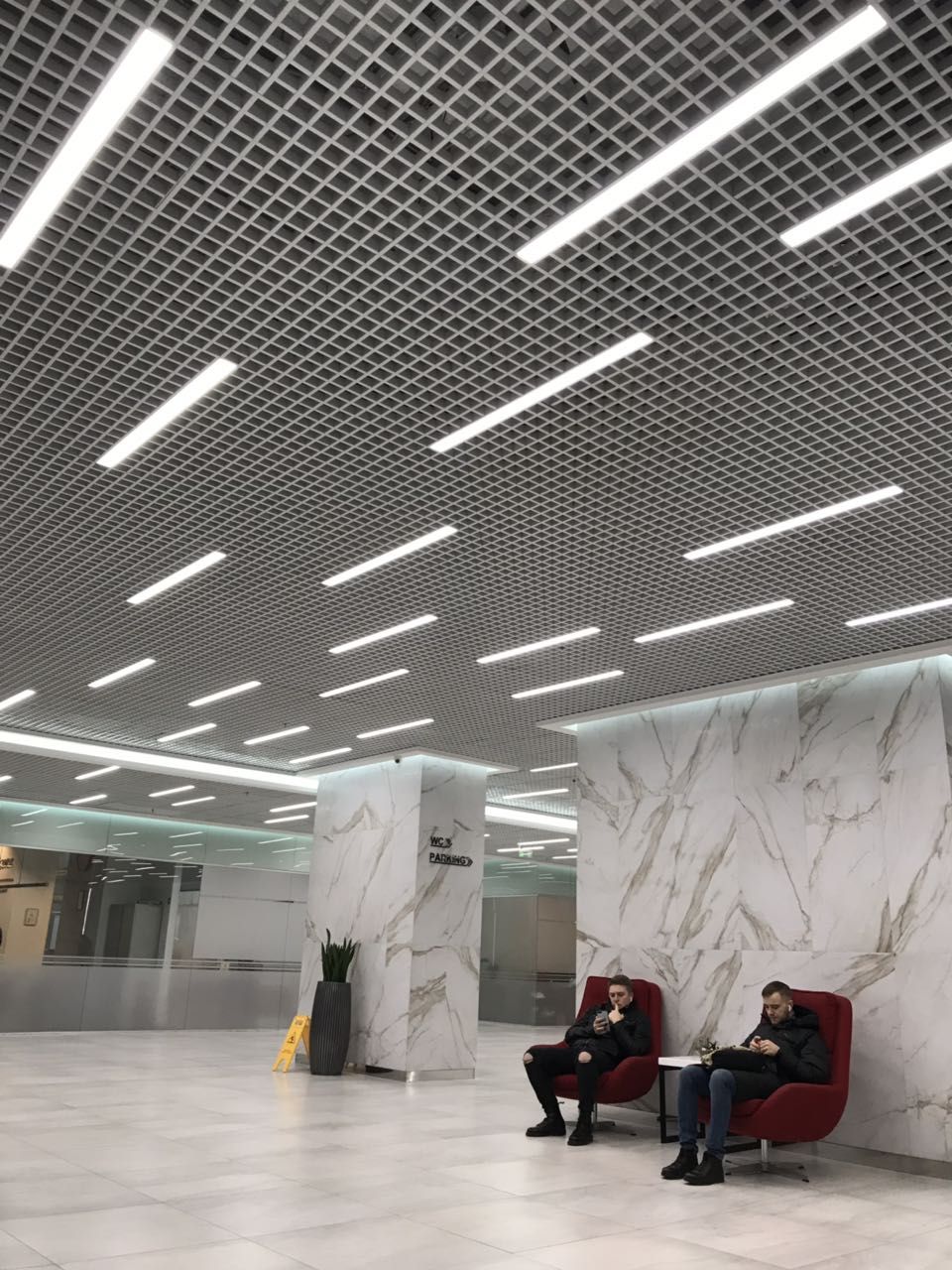 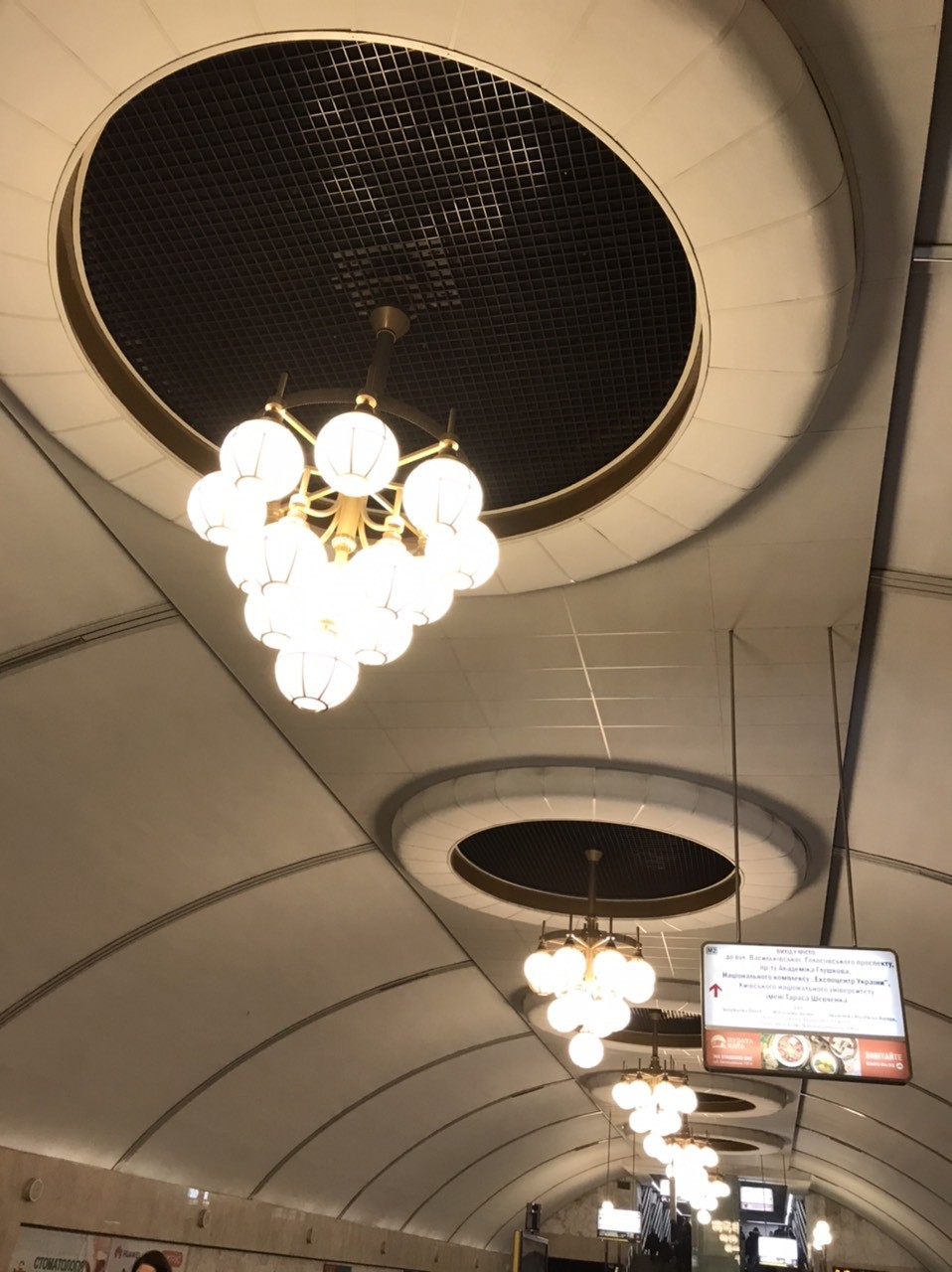 OTHER SHAPES OF GRILIATO CEILINGS

The company provides its Customers with three types of griliato metal ceilings: 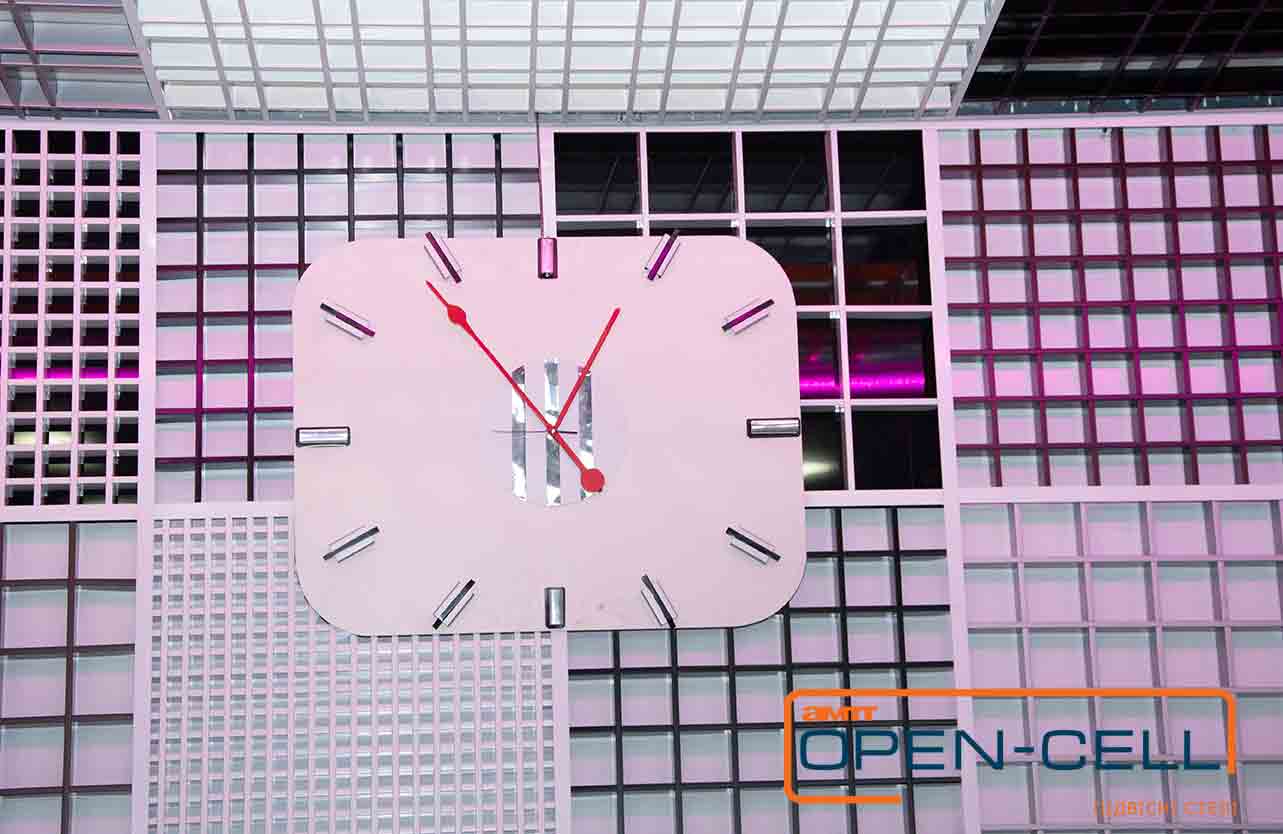 YOU CAN ORDER CEILINGS IN ANY RAL COLORS,
THERE ARE ALSO STANDARD COLORS IN STOCK:

GRILIATO CEILINGS BY THE KYIV MANUFACTURING PLANT – IT’S MODERN, UNIVERSAL AND NOT EXPENSIVE! 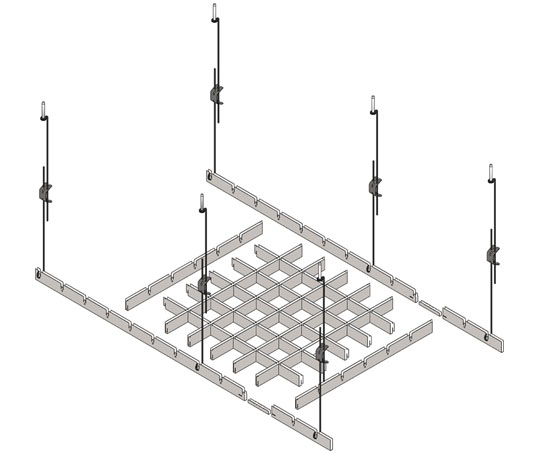 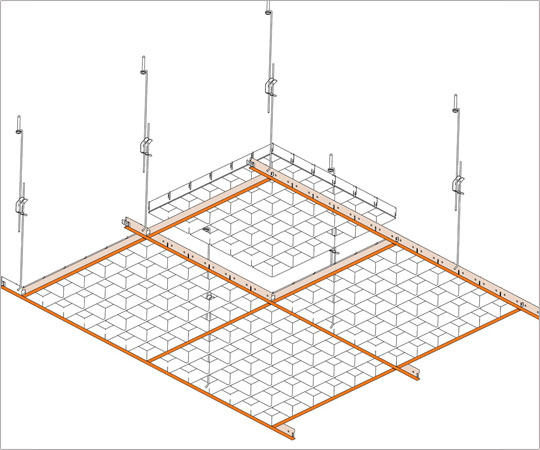 SIZE OF SUSPENDED GRILIATO CEILING (ON THE AXIS OF THE PROFILES)

Technical information for the GRILIATO ceiling:

GRILIATO suspended grated ceilings are made of galvanized or aluminum tape with a protective decorative coating. The front side of the strip is hot-enameled with a paint coating. The panels are painted in an induction furnace of a continuous cycle by double application of a durable and wear-resistant polyester dye 20-22 microns thick, which ensures even paint thickness and high adhesion of the dye to the product surface.

Suspended ceilings GRILIATO (grid or grated) consist of cassettes assembled from U-shaped profiles (upper profile and lower profile). The cassettes are mounted on supporting strips 600 mm, 1200 mm and 2400 mm long. Supporting strips 2400 mm are fixed to each other with a connecting piece.

Ceiling weight – from 1 to 6 kg/sq.m, depending on the size of the cell and the height of the profile.

We offer painting the GRILIATO suspended ceiling in any RAL color at our plant. Our paint line allows for powder painting of ceiling profiles and structural elements:

— types of paints: glossy, matte, moire, metallic, antique, textured
— the length of the painted products up to 7 m

We offer only environmentally safe certified materials and provide a high guarantee of work. Our qualified personnel is trained regarding safety and the equipment is carefully checked.

KYIV CEILING PLANT is the direct manufacturer of these products, so you can buy Griliato and all the necessary equipment for it on our website. By deciding to install an aluminum and galvanized suspended ceiling of our AMTT company, you are guaranteed to receive a high quality product at affordable prices. Our experienced specialists will help you make a choice based on all the characteristics of your premises and will calculate the cost of the order. 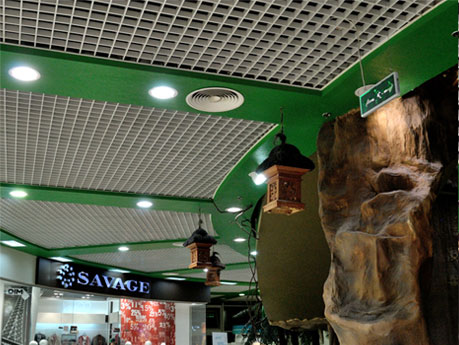 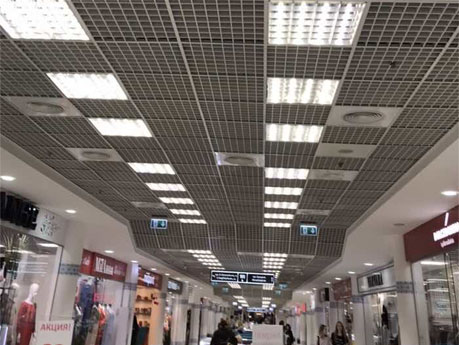 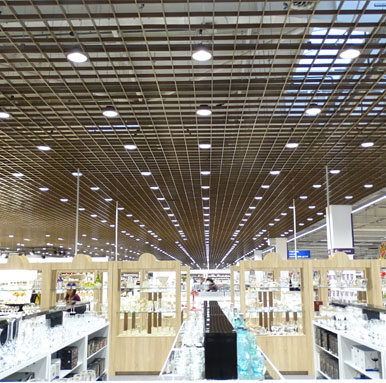 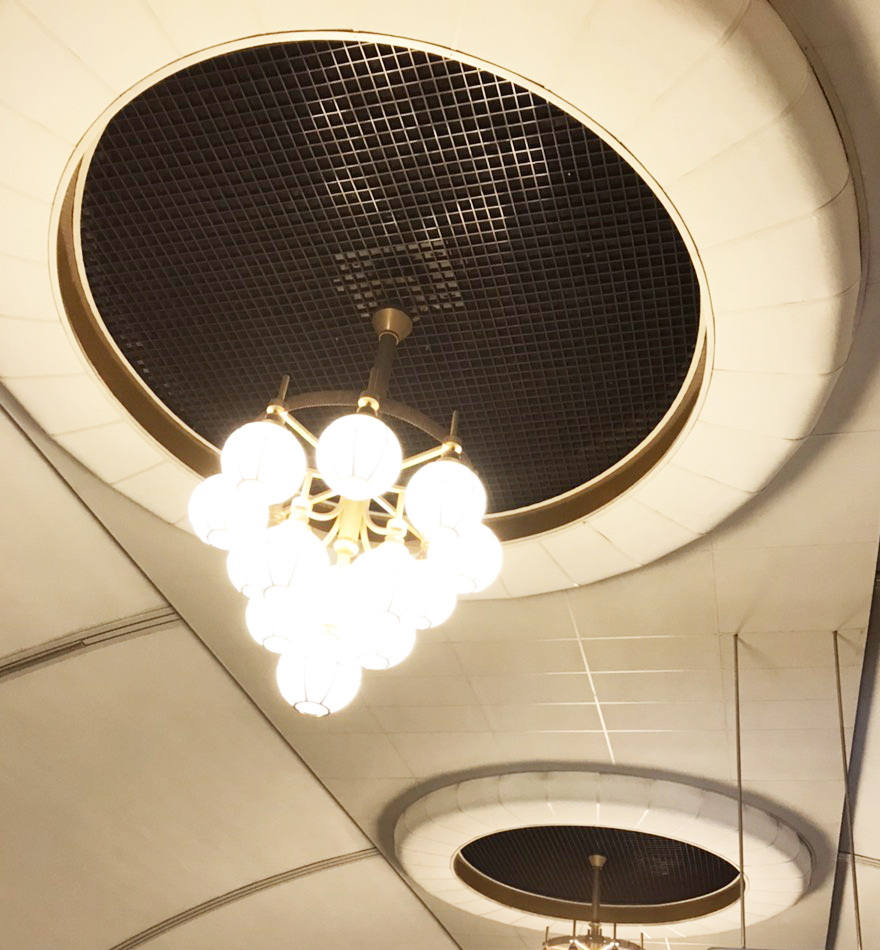 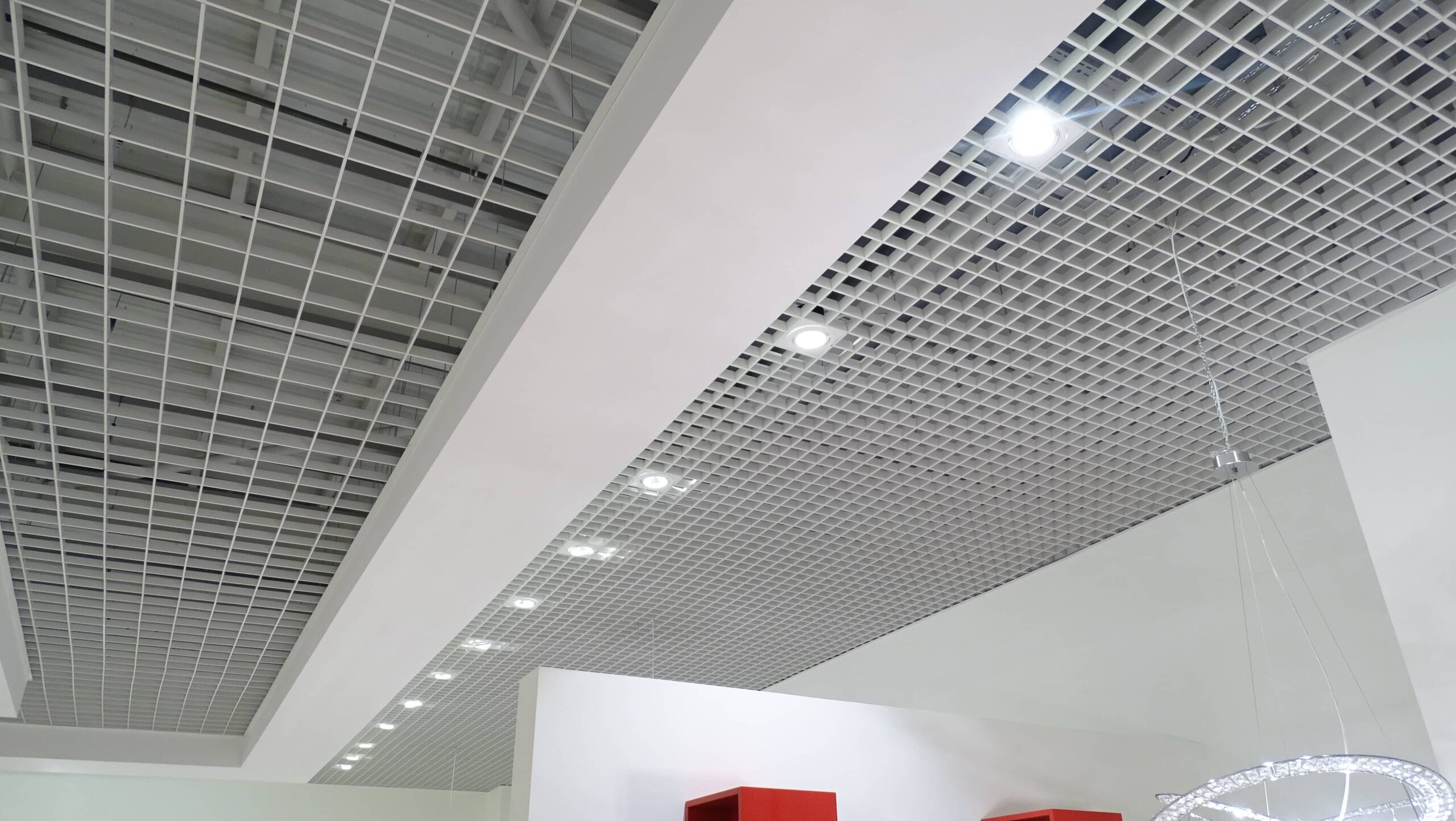 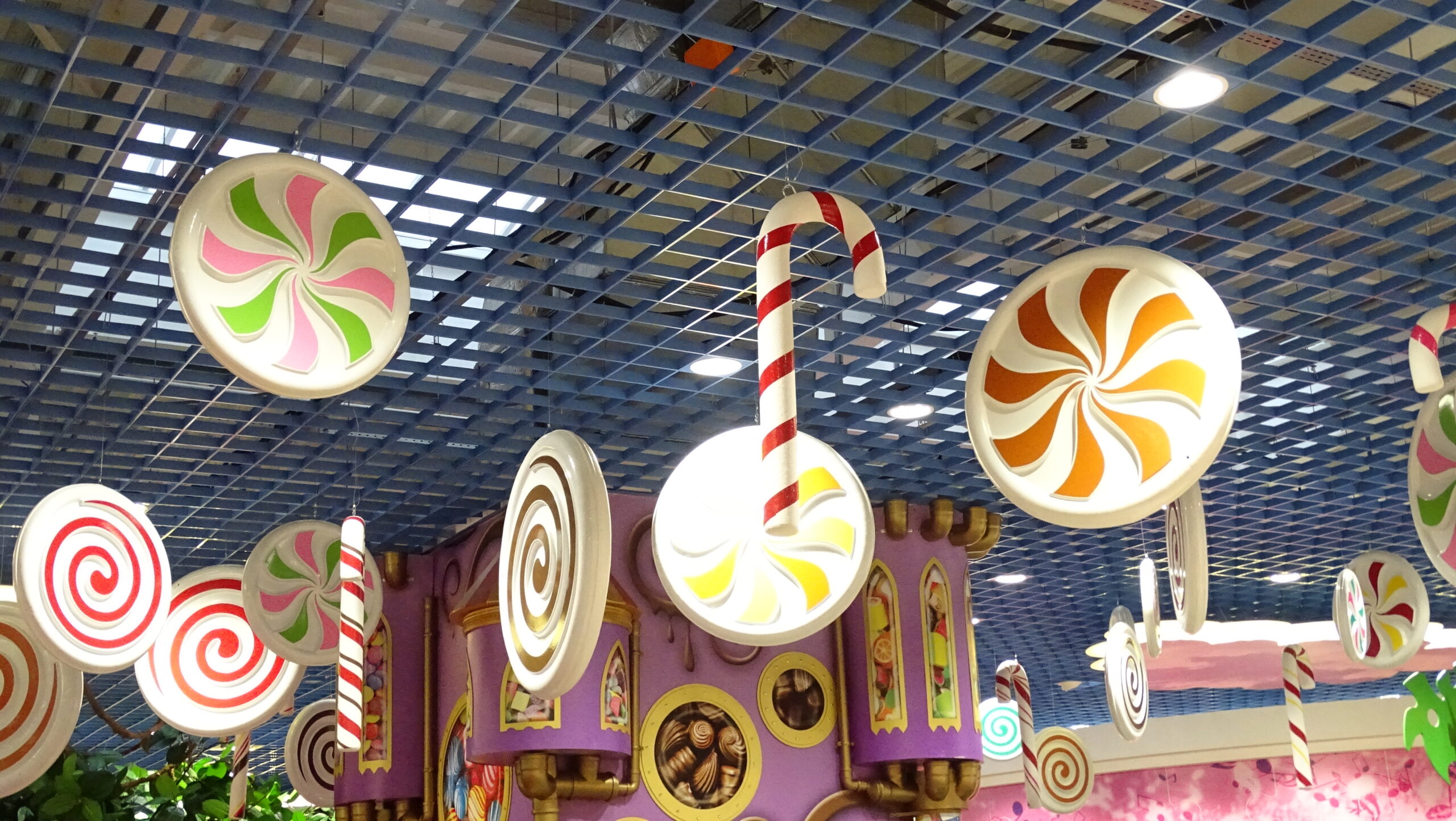 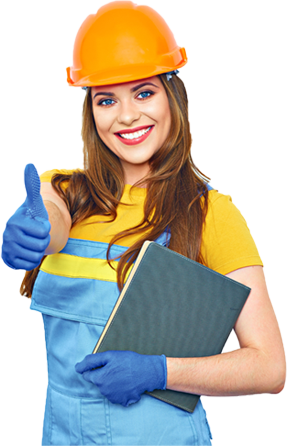 DO YOU HAVE QUESTIONS? WRITE US: